Self Mastery in Times of Chaos

After the eclipse and full Moon I observed a lot of people did not fare well with the new energies. It was a golden opportunity for a reset if one could put their ego aside. It was a time where if one was brutally honest with themselves, they could take a quantum leap in evolution yet it seems few took that step. Rather than going within, processing old wounds, traumas and wrong conclusions from past experiences and using discernment on the accuracy of or where their information is coming from most chose to project and blame rather than admit deep down inside they know something is off. Something within them or the beings they are receiving guidance. There were lots of pissing matches during the full Moon eclipse. What was sad is some don’t even have the reference points to know what is healthy, what is truly aligned with Universal Law, higher consciousness, or what it means to be an evolved human.

Always being the observer, staying out of reactionary mind along with a lot of loving detachment are the tools to master these situations. Years of experience often helps. Bounce things off a Grandmother. Most have seen it all.

I was recently in telegram trying to help someone who believed they were a biblical character from the past. When I explained how there are houses of consciousness like the House of Mary, a divine feminine house with both Marys and Grandmothers. When one connects, they merge with the energy and believe they are Mary. Just like other Ascended Masters houses. The same goes with spiritually advanced ETs. You can merge with their energies, become one yet this does not necessarily mean you are, or were, them. I could however mean you knew them in another incarnation. Many saints, sages and prophets of the past were doing the best they could with the reference points they had. There was a lot of misinterpretation of events. Look at your history. It is his story as told by the victors written by those in power at the time. Many have returned to undo what was written or clarify it. The pillar clouds that were afire by night, the communication between the lights on the river Chebar, Elisha ascending in a fiery chariot, the shiny disks with calves feet, fire and brimstone coming out of them that sounded like a thousand rushing rivers with today’s reference points were ships. The point I am making is we now have a greater understanding of the multiverse available. Living in the past using well known figures’ names as a badges might be a step backwards and negates all the wisdom gained through experience since that event.

In the big picture we are all one with the one consciousness that encompasses all consciousness on all planes and dimensions. The unified field. When you settle for an identity you limit and separate yourself. Often those are big shoes to walk in creating high expectations in those around you.

There are also faker spirits posing as advanced souls, this includes the off world folks. This is where discernment and inner sensitivity come in, mainly the ability to sense the frequency and motive of individuals. If they are limiting you, not inspiring you to make your own personal Creator/God/Great Spirit connection tying you to their world they are not as advanced as they profess. We always have the option to make our own personal connection, be the God/Goddess you are or settle for lesser realms. Why be subservient to an unseen influence, in some cases someone’s pet on the next level when you can go to the top. Many are engaging entities that are self-serving and not in their highest and best good in error not realizing these beings may not be who they say they are or as evolved as they profess to be. Tell them to show you their galactic drivers license. Just kidding. Connections can be limiting if they are psychic bonds in the higher realms there are no bonds, there are memories.

It is imperative during these times to use discernment. The veils are getting thinner yet this is allowing access to the lower 4th dimension which is a predatory zone. Everything from fallen Annunaki, Serpent Beings, Jinn, Royal Reptiles, Reptilians, Tall Greys and a host of discarnate spirits reside in the lower 4th. There are tricksters, faker spirits and a host of entities that will derail your spiritual evolution. If you knew who was under their spell some willingly, some in ignorance most could not handle it. Their idols would fall which seems to be epidemic with the new energies. Many lose their form at times and we get a glimpse of their true form. They are not frequency specific to the ascension or evolution of Earth, the masks are coming down. Their actions and associations are a giveaway.

The new disclosure is a perfect example, look who is heading it? They have put several bright shiny dresses on this turd, attached some famous names but it is still a turd. A limited and controlled narrative. It is an external trap to derail you from internal contact. How long are we going to play this game. Where is the discussion on Spiritually and Technologically Advanced off worlders, some of which are our ancient ancestors? Why are they ignoring the women, the children, contactees who know who they are, their cultures, why they are here, some even have their technology. Most of these experts do not have a clue or have an agenda which is far from disclosure. Roswell was 70 years ago. We have been going back and forth from the Moon and Mars since the sixties. Not with rockets. There have been agreements and alliances with both positive and negative ETs. Much of which was at the expense of humanity. Do you think these officials, most morally and integrity challenged, are going to tell you the truth, anything other than a controlled narrative? Could you handle the truth?

This is why we have the controlled narrative and these ridiculous side shows with planned opposition shaking their fists at the government with the other hand behind the back taking the check. If you are waiting for some external leadership to tell you UFOs exist or whatever new name they give them you will always be in the dark. Why? Because they lack the prerequisites for contact, an open mind, loving heart, pure intent in service to the Creator in all Creation. Rise up. Release the past. Set your intention on having contact and qualify it. Focus on love, joy and bliss with the intention of contacting Spiritually and Technologically advanced beings. Send them love, joy and bliss with that intention. That is how you make contact. Contact has been made in the past with governments many of your leaders are not what you think. That contact was self-serving and was not in humanity’s highest and best good. Those contacts are coming to an end mainly due to benevolent beings, many of which are off world. They have aligned with those of integrity and moral character on the ground. A planetary liberation is in full swing. Reason this?. The reason there has been so much inhumanity on the earth is because of non-human interference and their human morally and integrity challenged puppets. This will and is all being revealed. The demoralization of countries, collapsing economies, pandemics are all planned to usher in socialism or communism where the power and wealth are centralized in the hands of some very dark ruling elite. Many are participating willingly or in ignorance in their own demise, socially engineered by the media owned by the ruling elite. This very well may be the wheat separating from the chaff. The awake versus the woke which has fallen for the division game. Forget about what they say, look at the outcome. Be well and be safe. 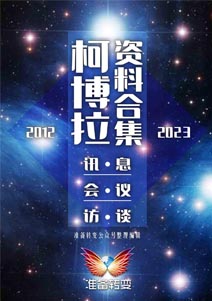