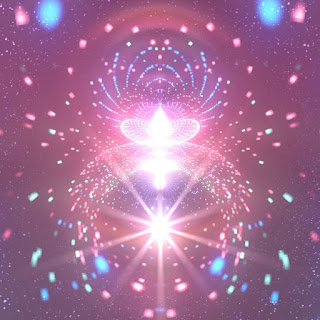 In concordance with what Cobra posted about 'invisibles' in his latest post I can add that Starseeds currently stream all sorts of detailed information about all such beings to the ships of the Lightforces in Earth orbit. Basically this happens as a preparation for the removal of such hard to detect cabal members. It should be clear that these beings were known throughout many ages and scriptures as the biggest demons of Earth. The biggest villains of the cabal surely know how to hide and Starseeds even have to help some of the most advanced species who came for liberation to see and detect these cabal-overlords successfully. Basically it is some of the highest chimera members who can be seen as part of the invisibles on Earth - though just from their attributes, they are of course far from the blobs Cobra described, they get to be invisibles by choice. As throughout human history only few perceived higher demons, archons and i.e. the devil and were seen as holy, ascension has to be progressed far for Lightworkers and Starseeds to perceive these invisibles and help the Lightforces with insights. While reaching a high ascension is of course a positive thing, it is also a blessing not getting to witness any of these highly disturbing parasitic beings and top cabal as sole perception of them is already an overload with negativity.

Several defects connected to the biggest cabal members are also prepared for being cleared up as for example the first fallen female (similar as described in the Bible with Eve), which sort of became the goddess of the betrayers and the cabal on the Earth. The corruption of female energy in general and also all sorts of envy and fights among several archetypes of females is part of being cleared up once and for all. Basically as one of the prototypes of all human females, the first fall had an easy time betraying several later high female archetypes by playing them out against each other subliminally. You could see the first fallen female as generally having had higher skills in general than later females, which were 'constructed' with more defects for better control - though most of the later ‘models’ did not fall as deep into parasitism as the first. So the first fall can and does abuse almost all skills the first humans ever had. The result was fights among women throughout all times which were absolutely only motivated by the insidious nature of the first fallen woman with which the parasitic cabal still prides itself with. For them it was the biggest win they achieved throughout all human history and the relevancy of that specific story in the Bible is an indicator for that. So many high females and women waged war against each other that some repair will be hard to do for some of them but waking up to the truth that it all just happened because of the first fallen woman will be equally hard. These later women partly have collected enormous grief and hatred for each other and long for revenge since many thousand years while all their reasons for such problems were created by most high manipulation. It just shows that liberation of Earth might evolve into a hard time waking up throughout all heights of lifeforms which reside on the Earth. Many have to cope having lived in an illusion, becoming aware of having been manipulated for as long as they remember being here.

Connected to that rising awareness and removal of the primary anomaly, the higher grids and etheric realms have by now reached a clarity which allows them for the first time to realize the betrayal they fell victim to - partly for many thousands of years with the very same, consistent lies. That means that a lot of people in these unseen realms got very angry and began to exert revenge towards the betrayers. Problem in this case is that the clarity is not yet high enough and some of the most evil cabal members of those realms are fueling such organised revenge - which then also hits the wrong people besides some real betrayers. Therefore Lightforces need to stabilise and correct in such outbreaks of aggression as well, so no big souls get hurt and designated as betrayers they never really were. The size of these revengeful actions is quite impressive and hard to manage in some realms closer to the Earth surface, if it was happening on the surface, it would be equivalent to nearly all humans completely revolting against the big power structures. So apart from being necessary for the people of these realms who found out about being heavily betrayed to show a reaction, it is hard to protect those souls who were accused of being betrayers by those hidden cabal which are secretly supporting the revenge. It will probably take several months longer till such betrayals of the cabal mixing themselves among the innocent and steering against the wrong targets will be getting into awareness of the betrayed people as well.

This situation in the spiritual could have some effects in the human sphere and on the surface of the Earth as humans basically will go through similar awakenings throughout the next few years - needless to say that many will get quite angry finding out that they were betrayed and corrupted in nearly everything they have been told and know. Also there will have to come a change in power, mainly because the money system is still in control of the cabal for nearly 100%. Life simply does not work on Earth for higher souls as you can clearly see in the fact that no true Lightworker is owning a lot of money. Because if a true Lightworker had a lot of money, you would see advertisements for the Event and Cobra's blog and generally the liberation everywhere, which simply does not happen. This also shows that key persons obviously will not be able to manifest a lot of money as many modern spiritual teachers (especially from the new age background) try to tell. That in turn just shows that the cabal controls such manifestation skills to the same degree as the money system. If such manifestation actually can change something critical against the cabal, they get active and prevent it with the whole control matrix being directed against it. That is pretty much why no Lightworker or Starseed could yet exert enough influence to warn the main population of the cabal or inform them about the Event coming - may it be through bought advertisements or other media influence.

Although some people do not want to hear the following: the Event not having happened yet is actually a good sign overall and from higher perspective. Though it is not exactly better for the higher Lightworkers and Starseeds as they would profit fast and drastically, it is much better for all other lifeforms especially many smaller ones who were stuck in the cabal system for thousands of years. The longer time the Lightforces can prepare the Event (up to a certain limit of course), the more stable this shift gets for the majority of all lifeforms on Earth. The timing of the Event is in the hands of the highest of high Lightforces out there and it not having happened yet is a certain sign that the Lightforces are still winning more Souls to be saved in liberation. The timing of the Event is a sole efficiency calculation for saving the highest amount of Soul possible - overseen by the highest of high with absolute knowledge and certainty. As long as the amount of Soul the Lightforces rescues rises at a certain rate, the Event will be delayed - at least until a certain threshold of Souls is in safety. For those wondering how the ascension window till 2025 is connected: the planetary as well as the individual ascension will be nearly done at that time because several events will have happened that will end a fast ascension for Earth inhabitants. Many ascendents will be pretty much finalised at that time at least for an ascension with the current, accelerated speed. Some ascendants will have left the Earth by that time and will continue ascension elsewhere. But generally many processes of the liberation will be finished by 2025 which makes further ascension of this accelerated kind hard if people decide to stay on the Earth. Prognoses look good that the core cabal and biggest villains will have been gone in 2024 already, preparing the final stage of ascension for the rest of the time because their departure will of course make further fast-forward ascension even easier.

On a positive end note, more and more advanced alien species are on their way towards the Earth. Among them is one species who is known throughout the developed universe as ‘the holiest of holy’, some other species call them by the name "Ventrilotropes" but actually of course every alien species have different names for them. This species coming to help is one example of how high the hostage drama on the Earth has reached in alertness out there. Starseeds and key Lightworkers have prepared the Earth for the arrival of those holiest of holy for decades besides working hard for the Event and many other things. Some of those species on their way are counted as the luckiest incidents for the inhabitants if these aliens decide to visit a system or planet. So this will truly be the first true golden age on Earth once the cabal is completely gone for several such very special reasons.